Following up on my recent post about Stack Ranking:

Vijay was puzzled by how I thought that a system that didn’t rank or rate employees might be extended into larger organisations.

@jonerp I am still not clear on how @wombling views performance management across a large org. I don't disagree with his points per se

Firstly I’d like to expand on the assumption there that it is easier to do in smaller organisations. Why might that be? The obvious reason is that instead of writing down and ranking employees in a systematic manner you are instead doing this in your head – and that is the basis on which you manage your employees, their compensation and rewards.

I’d like to say this isn’t what I’d like to do, it may well be the case in many smaller organisations where they have rejected the performance review process, but it’s not what I’d want. So some ideas about my blue sky ideal fluffy HR world:

Why do we currently use performance review results for?

I’d suggest that the use of review results in workforce planning is a dubious idea at best, but it really comes down to why we use it in succession and career development. We use review results to rate the behaviours of our employees and to generalise as to whether they are capable of better things. I’d suggest that because a person is good at their current job is a pretty poor indicator of whether they will be good in a more demanding/different job. You will have heard of the “promoted to their level of incompetence” Peter Priciple. This can only happen if one relies on the ranking/rating of the employee’s current job as a predictor of performance in the next. What if instead we were to look at the skills that the employee is gaining/exhibiting in their current role? Do they have the ability to explain a complex idea? Can they present well to executives? Do the work well in diverse environments? Do they speak French? Whatever! but quantify in yes/no answers (any kind of ranking is difficult to assess) the skills that the employee has. Use these skills along with a description of the higher level role (broken down by the skills required) to decide if the employee is ready for promotion, and or needs more training/experience to carry out their current role better. Use that to manage their career progression and training. It’s going to make your workforce planning a lot easier too as you can start looking at how to get from A to B in a realistic way. If the employee is performing badly in their current role, but has all the skills required for that role, either there is a bad mapping of the skills or the employee is demotivated and attempting to address that via a performance review is unlikely to help…

Finally, the old nugget of compensation and remuneration being based on performance. It seems the fairest way of doing things, good performers get more, bad ones less? Fair! However, beyond a certain level, higher pay does not bring higher performance. It may well help keep your top performers from being poached by the competition. But in my experience, top performers are motivated far more by the work that they do, the level of autonomy they have, the respect they command and their ability to pursue their vision than the dollars they earn. Yes there must be a certain base (other people will not respect you – there are cultural mores around higher performers having more cash (unless you’re a Tibetan monk)). But after that base is reached the motivational payback for cash increases diminishes. I know from my experience my team would much rather have the opportunity to travel to Las Vegas each year to attend SAP TechEd rather than take that as a cash bonus. Why? because we’ve got that discussion about salary and divorced it from performance. I expect good to exceptional performance, but I’m not going to mess with your salary if I don’t get it. Why because not giving you a pay rise won’t improve you.

Perhaps this is where Vijay sees my scheme not working in large organisations, perhaps where you know you will be dealing with poor performers and an expectation that performance equals cash, you have to have a system in place. My point is not to refute that, a system must be in place to provide performance management of poor performers, my point is that giving a rating to anyone isn’t really helpful and those things that we use it for can and could be better managed in other ways.

I hope that clears it up a little 🙂

There’s a pattern here, Vijay posts up something on HR and I feel compelled to reply but end up writing far more opinionated rubbish than I should…

Comparative employee rating (also known as stack ranking, vitality curves, rank and yank…) does not IMNSHO lead to useful or helpful results. In the case where enough employees are available to make bell curves a statistical likelihood (which I think would mean a huge number of employees and a huge variation in management and employee prowess which would most likely indicate a failed recruitment process, rather than a diverse company) then the likelihood that it would be possible to accurately compare one employee with another is very limited, Stack ranking only () works when it is possible to compare the employees. Which means the employees likely know each other, which means it’s probably in their own interests to screw each other’s performance. Check out the well publicised story at Microsoft – http://www.vanityfair.com/business/2012/08/microsoft-lost-mojo-steve-ballmer – under heading “The Bell Curve”.

As I have previously mentioned I think the whole idea of performance reviews and ratings does nothing to help the employees, rather it just helps identify where good and bad management is occurring in the organisation. When we start linking review scores to payment, it gets even worse. Why? Because employees then start linking (even more strongly than they do already) their salary with their perceived self worth. Then when for whatever reason a large pay increase is not possible, the employee values themselves less. In the worst cases of this I have come across organisations where the employee contracts state that a performance review rating of 5 equates to n% of salary bonus payment, whilst a 4 is slightly less, and so on. The organisations have fixed salary/bonus budgets, so in order to pay out, they adjust the employees’ performance rating down (very rarely up!) so that the budget is met. Excellent employees are told that they are just “good” because there isn’t the budget to pay them if we tell them that they really are excellent.

I believe that there is a place for strongly objective reviews of employees, it’s the dark side of performance management. It’s that work that you need to do to be able to fire a disruptive or underperforming employee without having your arse hauled through the courts for unfair dismissal. Probably not an issue in the US I hear, but certainly a consideration in countries where the law is a little more friendly to employees. However, to drag all employees through a similar procedure when you don’t intend to fire them in the end, is not ideal methinks. 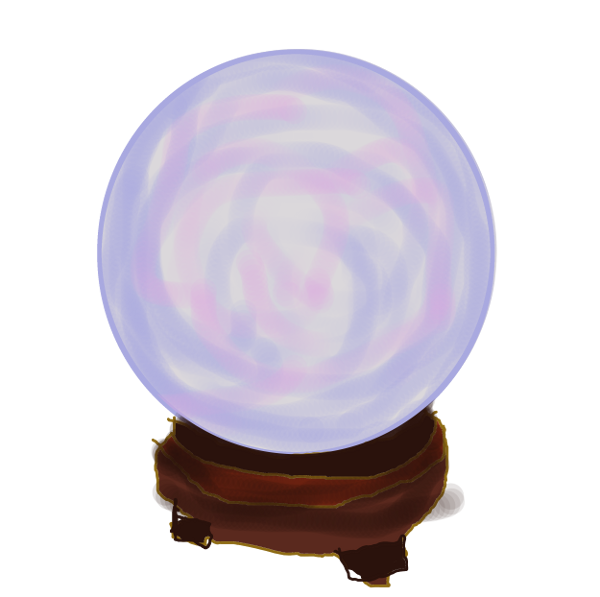 Peering into the future, short and longer term

Given my thoughts (and of course I haven’t a lot to back that up) that the only real positive value of current performance reviews is to evaluate the effectiveness of the management teams, I suggest that we remove the soul crunching and mainly pointless reviews and replace them with alternative ways of checking manager effectiveness. Google appears to have been doing a good job of this with its Project Oxygen and 360 reviews of managers – read the excellent HBR article http://hbr.org/2013/12/how-google-sold-its-engineers-on-management an excerpt which quotes one of the Google manager which illustrates the value of the program is below:

“I was surprised that one person on my team didn’t think I had regularly scheduled one-on-one meetings. I saw this person every day, but the survey helped me realize that just seeing this person was different from having regularly scheduled individual meetings. My team also wanted me to spend more time sharing my vision. Personally, I have always been inspired by Eric [Schmidt], Larry, and Sergey; I thought my team was also getting a sense of the company’s vision from them. But this survey gave my team the opportunity to explain that they wanted me to interpret the higher-level vision for them. So I started listening to the company’s earnings call with a different ear. I didn’t just come back to my team with what was said; I also shared what it meant for them.”

This approach appears to be working at Google. Perhaps too well! A Google full of managers rather than leaders would be almost as bad a place to work as Yahoo for me. However, the concept of 360 reviews providing actionable areas for improvement, I think, is something that isn’t quite so blue sky. This is an idea we’d be better off implementing right now. I think there is a clear difference between “management” telling you that you could do better in areas compared to the team that you manage telling you that you could improve.

Looking to the longer term, I think it will not be far off where we can use data that we would not have considered analysing previously (social network graphs, semantic and sentiment analysis of work communication, external to enterprise group and social sentiment, etc.) to give us hints as to whether employees are more or less productive, motivated, stretched, likely to leave, etc. What is more, predictive analytics will improve in the HR space (hello HANA and comparing huge sets of data across multiple organisations available due to SaaS set up of the HR tools and therefore comparable data sets). We should start to be able to get that data and the predictions about how an employee is going to act in time to do some real time/preventive management (hopefully). This is going to be far more valuable than the formalised soul destroying performance appraisal process happening once every n months.

I’d go as far as to suggest formal reviews only exist because we have this feeling that we need to have something “objective” to use to manage our people. However, in reality the best/happiest/most productive workplaces are going to be those where the subjective views of the employees are that they are being well and fairly treated. I think we can do an awful lot more in our workplace to help our employees be happy and productive. And most of that improvement isn’t going to come from paying our employees more or telling them where on a scale of 1 to 5 they scored this year. Perhaps we like to think that an objective review feeds a subject view, I don’t think it does (or if it does, it’s rarely going to be positive.)

Edit – to try to clarify a few points here I wrote yet another post  To rank or not to rank, ‘cos that won’t work in the real world will it?