I’m a thinker, a dreamer, a father, a husband, an Englishman in Australia, a SAP Mentor, a drinker of wine and beer and a self confessed HR geek. And sometimes I just want to share something.

In statistics, Wombling is any of a number of techniques used for identifying zones of rapid change, typically in some quantity as it varies across some geographical or Euclidean space. It is named for statistician William H. Womble. 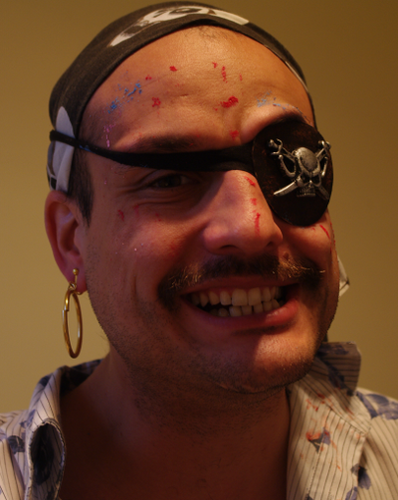 All views are my own and do not necessarily reflect those of my employer or of any other organisation that I might be associated with. Don’t expect everything I write to be correct or fit for purpose, I certainly don’t.

Detail for those that care… and those that don’t too (we’re inclusive here!)

The photo is from my son’s 1st birthday party. I keep it as my twitter pic to remind me not to get too “up myself”. If you take yourself too seriously you’ll get pretensions, that’s bad. One of my bad points is that I can come across as a bit arrogant sometimes, so I have to ensure that I work to avoid that. Having a sense of humour helps 🙂 I had grown a mo for “Movember” and didn’t want all of the photos from that memorable day to feature an otherwise normal me but with a ridiculous mo. So we had a pirate party. It was great! And the photo clearly shows where I had my face painted by my son. It’s a great reminder of what is important. So I keep it. Now it’s part of my brand too.

I’m often asked “Why wombling?” it’s a long and boring answer – and after explaining for the 5th time in 2 days I’m now going to update this with a response so you can just read this and I can continue drinking my beer/wine/talking about more interesting things.

tl:dr; Well it’s also my domain name. (duh – look at the site this page is under!)

Years ago I attended a Scout incident hike (this was in UK where I grew up)  almost 1000 kids were involved, and with those numbers, they needed computers to manage then (not quite the need for HANA, but probably more than a whiteboard could cope with). Already at age 12 I was  very interested in computers (I was the first kid at school to hand in English assignments that were word processed not handwritten, and probably also the first to use the excuse that my hard disk had crashed!), so I noticed that on the 10BASE2 network that each computer running Linux had a hostname corresponding to a Womble. (The Wombles were invented by author Elisabeth Beresford and are short tubby furry animals that live underground and recycle the rubbish that us wasteful humans throw out.) I liked the idea, and so the name of my first Linux install was named “Womble”. This tradition continues to the current day with all the PC’s in my home network being named after different Wombles, Tobermory, Tomsk, etc. When I finally got fed up of changing my email address with every ISP change I made, I applied for the wombling.com domain, and have been there ever since.  Yes you can find my entire family at someone@wombling.com . I even had a trademark on the use of the name in ITC HCM applications which i was going to use to help get the @wombling twitter handle (I wasn’t fast enough to get it first, although in the end the original user just stopped using it for over 6 months and twitter released the handle 🙂 ) Although due to the dear Professor Wombling who has statistical analysis methods named after him, it is impossible to trademark the word itself in a general sense.

There are further details about me on my SCN post – http://scn.sap.com/community/about/blog/2012/08/22/blog-it-forward–chris-paine

And if you’re busy organising a conference/influencer meet-up and need a short bio please find my photo and summary below: 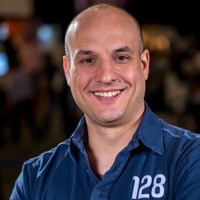 Chris is an SAP Mentor and vocal commentator on SAP SuccessFactors solutions. He loves new technology and especially all this cloud stuff, as it also touches on his fluffy HR skill-set. He will ask awkward and enlightening questions with a smile. You will be unlikely to be left wondering what he thinks about any topic. A self-professed HR Geek, he will happily talk your ear off about the possibilities of technology and HR solutions.

If you need a longer version:

Chris, an SAP Mentor, SAP HANA Distinguished Engineer, SAP SuccessFactors community advocate and general outspoken HR Technologist has been implementing SAP HR solutions on premise and in the cloud for over 20 years. He takes great interest in all new SAP technical innovations and has in particular been involved in pushing the envelop of SAP SuccessFactors enhancement solutions built on SAP Business Technology Platform. Whilst these days Chris is often putting together PowerPoint slides on system architecture and integration strategies, he also does get hands on with the actual technical implementations of solutions. A frequent presenter at SAP conferences and a prolific contributor to SAP forums (both public and behind the scenes partner discussions), Chris loves to share his thoughts on working better and smarter with SAP technologies. Don’t ask him about blockchain.