Just some very brief highlights and musings from the lounge in LAX whilst I wait for my flight home to Melbourne.

This was the eXperience SuccessConnect, there were X’s everywhere! The amount of airtime that Qualtrics and experience management got may well have equalled the amount of time that the SuccessFactors product was discussed.

My SuccessConnect really kicked off with  the Monday partner briefing and meeting up with Sylvie Otten and introduced to Micheal Grimm from Ingentis. Was good to start off the event with a good moan about the state of CF vs Neo when it came to SuccessFactors extensions. Sorry Sylvie – I earned my namesake. 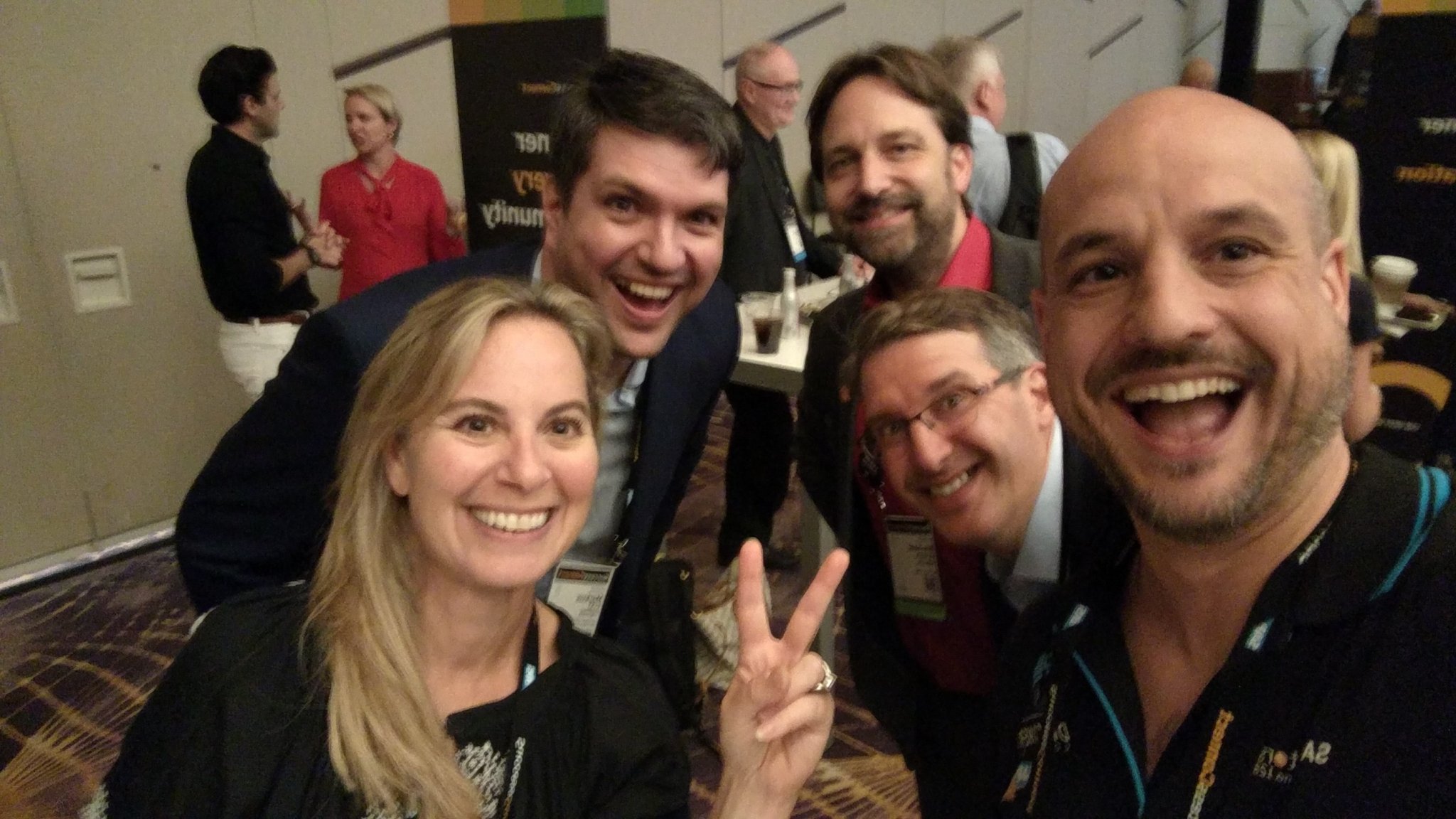 At least she was smiling in the photo!

Next up was the partner briefing – after having made the mistake of sitting near the front last year at it being the most boring multiple hours of the conference, I sat at the back so I could sneak out rather than pass out with boredom.

David Ludlow completely creamed it with his update on roadmap and recent changes. That was probably the best 20mins of the entire conference. Wish I had sat nearer the front! Although have discovered that taking photos of slides in SAP’s newly preferred dark theme really doesn’t come out well, the black comes out browny grey – doesn’t look so cool… 🙁 But I got the slide deck – gold! 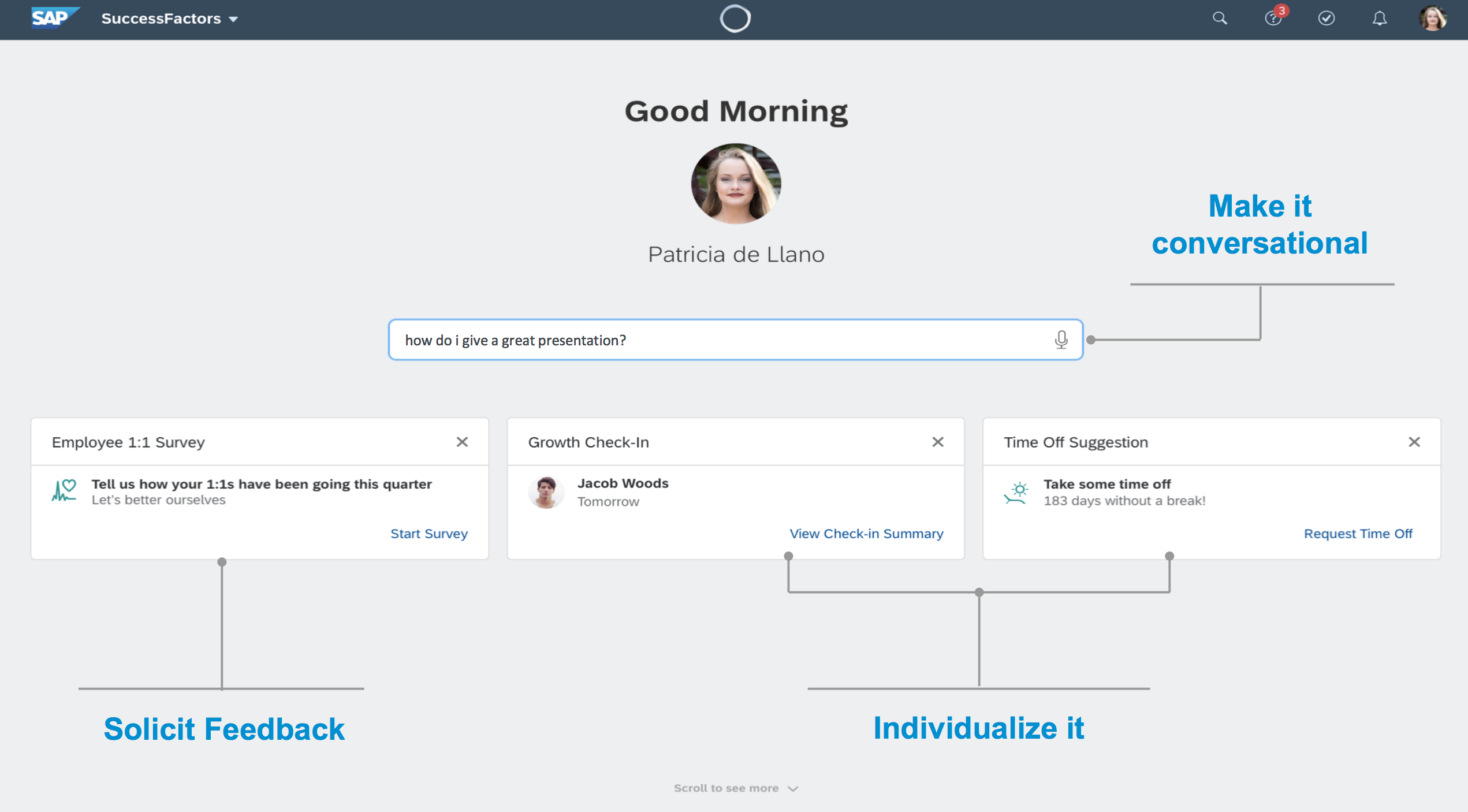 There were many cool things in there, but the new UI being proposed for the user landing page was probably the most exciting bit – which is why David didn’t say much about it, but left that for Amy the next day at the keynote.

Lots of debate about this new conversational AI based UI. With the biggest one being, there better still be menus and some way i can add a link to view my payslips, and apply for leave  with one click without having to type in “view my payslip”.

We’ll see how it develops as looks like planned delivery 2020 – but I’ll bet on it not being GA before next SuccessConnect. Perhaps beta with a couple of customers… lets see next year.

After David’s excellent presentation I got to catch up with the team of analysts and media folk who’d had a briefing that day. Josh Greenbaum was holding court and had some interesting comments around SAP’s strategy with payroll, but the wine and food was excellent and I left with some of the folks there to go to the exhibition show floor and do what I was supposed to be at the conference for (not chin wagging with analysts!) 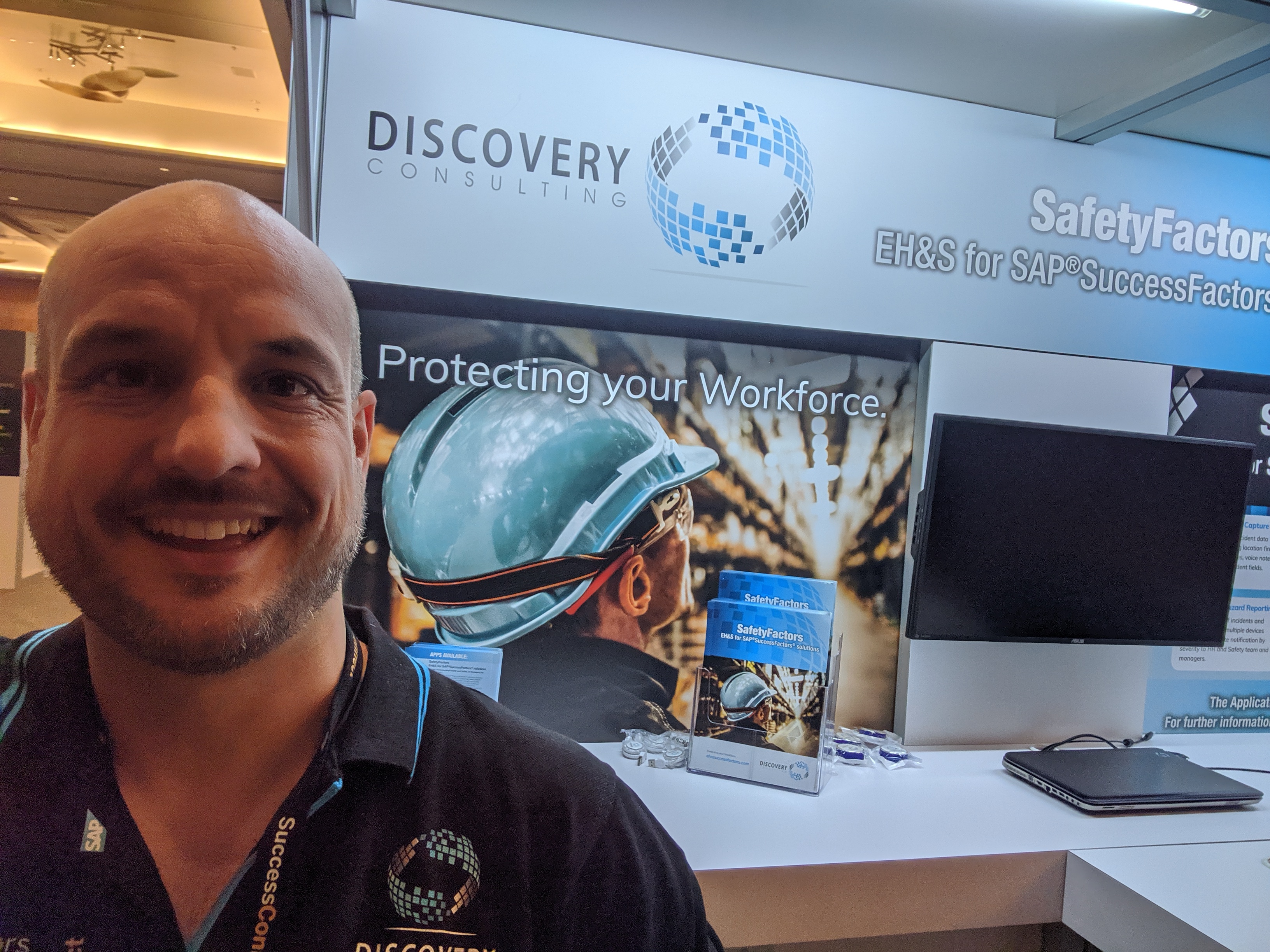 I was here at SuccessConnect to sell a SAP CP extension for SuccessFactors that me and my team have built – it provides EHS functionality embedded into SuccessFactors. It’s pretty cool! But I would say that! 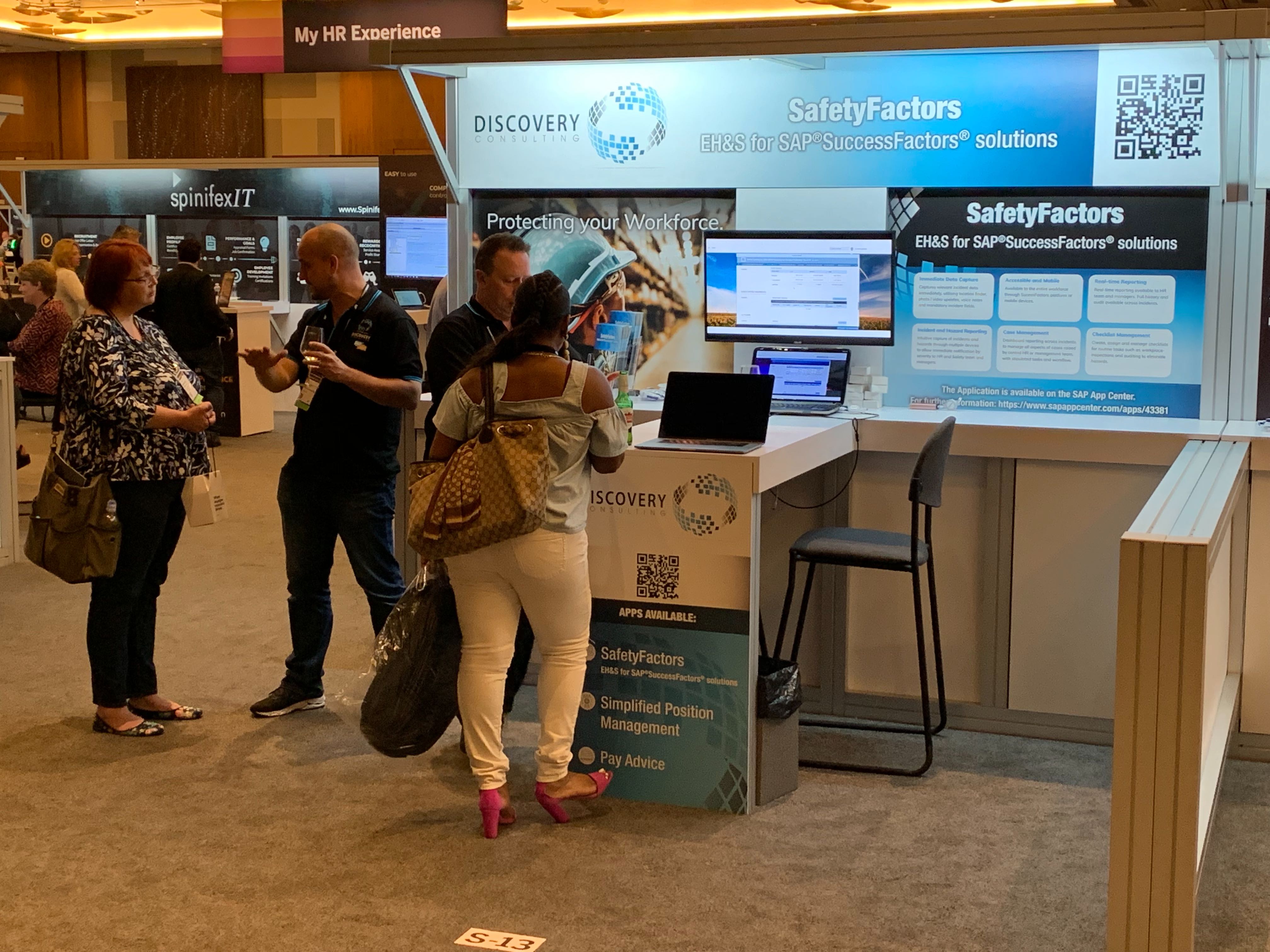 After that it was to Jewel nightclub to the Kronos and Rizing party (not sure I really should have continued drinking, next day was hard work!) But did get to meet up with Sherryanne Meyer which was nice. 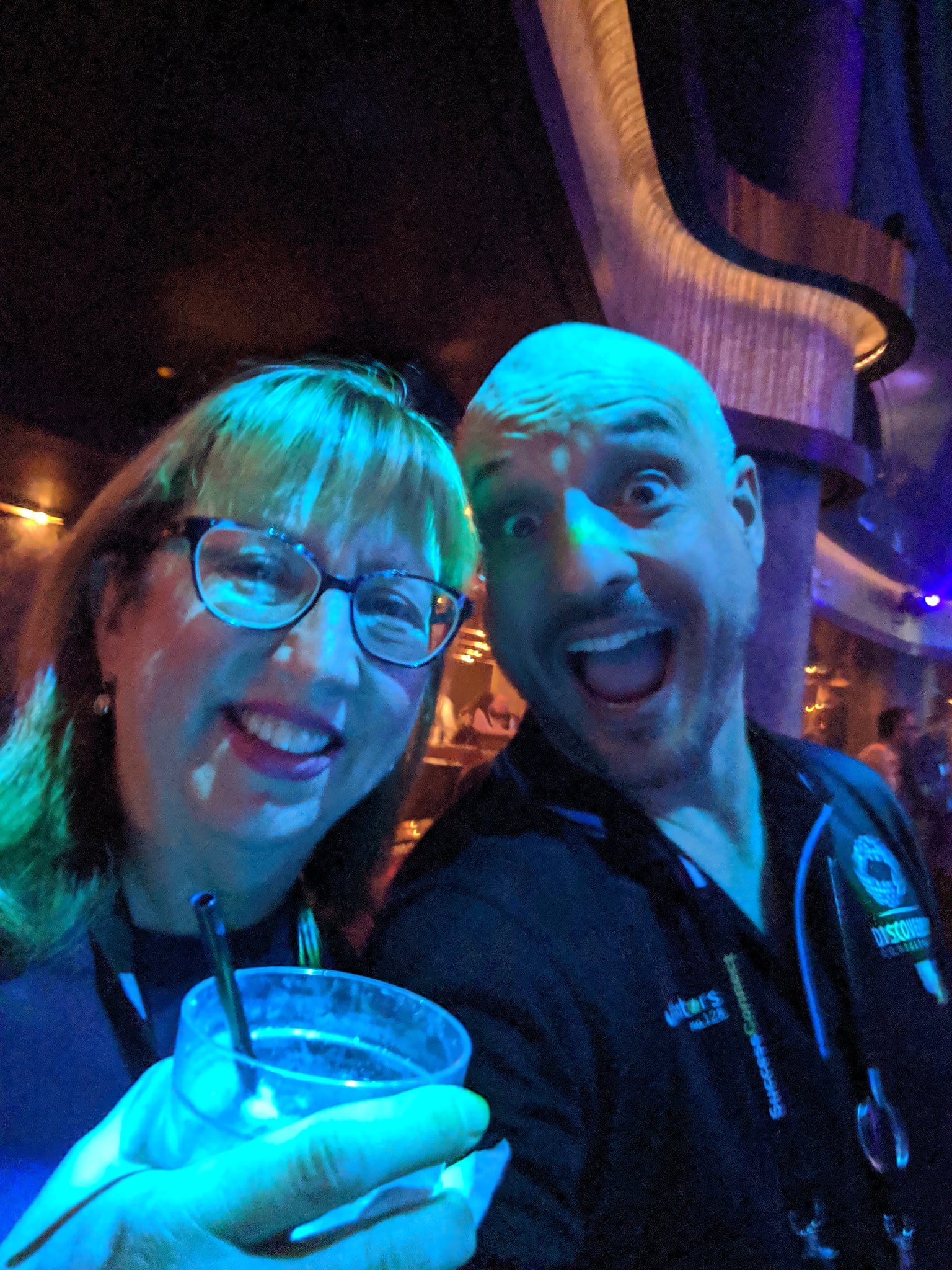 The next day was lots of water and the keynote.

Have to say, I love the moments that matter idea. as in consider where you are putting your effort in making certain processes work better. It’s probably much more important that the initial day one experience for an employee is better than the process they have to use to apply for leave. They might apply for leave hundreds of times, but they only have one day one and it will be a much bigger impact. Think about the return to work process for return from parental leave, make that a great experience don’t worry so much about timesheet entry….

However I heard the term FAR too over used during the conference and used outside of the context i just described.

And then the keynote just went to “eXperience”. It was wow, everything was about HXM or Human eXperience Management, not Human Capital Management. Look, I dislike the HCM idea of treating employees as “Capital”, that’s not what we try to do, but still there is a whole bunch more the the successful running of employees in a business than just looking after their experience!

I observed cynically to someone (the night club from night before possibly didn’t help my mood) that it seemed  that the SuccessFactors exec team had all been given bigger KPIs to sell Qualtrics than they had to sell SuccessFactors.

After the keynote were lots of general sessions including loads of roadmap sessions! The conference team really listened to the customer desire for roadmap sessions and most were repeated at least one. Even better the sessions were short on presentation and long on questions. This is why people come to conferences rather than reading the slides at home (and without having to fly stupid distances around the world). So SUPER KUDOS to the SuccessFactors team, your roadmap sessions were AWESOME! I had lots of fun in one run by Mark McCawley who I meet for the first time and leaked some news that I’m hoping we can reveal soon that will make many customers very happy!

Saw mention that instance sync tool will allow copy back of employee data from prod to non-prod systems (without full system refresh) allowing for trouble shooting of issues in test environments – this is awesome and will be a huge benefit for customers. When you look at the list price that Accenture were/are charging for a SAP CP tool that does similar thing, you can see how customers were really wanting this functionality!

Talking of the SAP App Store and SAP CP extensions, they were highly visible this year on the show floor and customers were clearly interested! 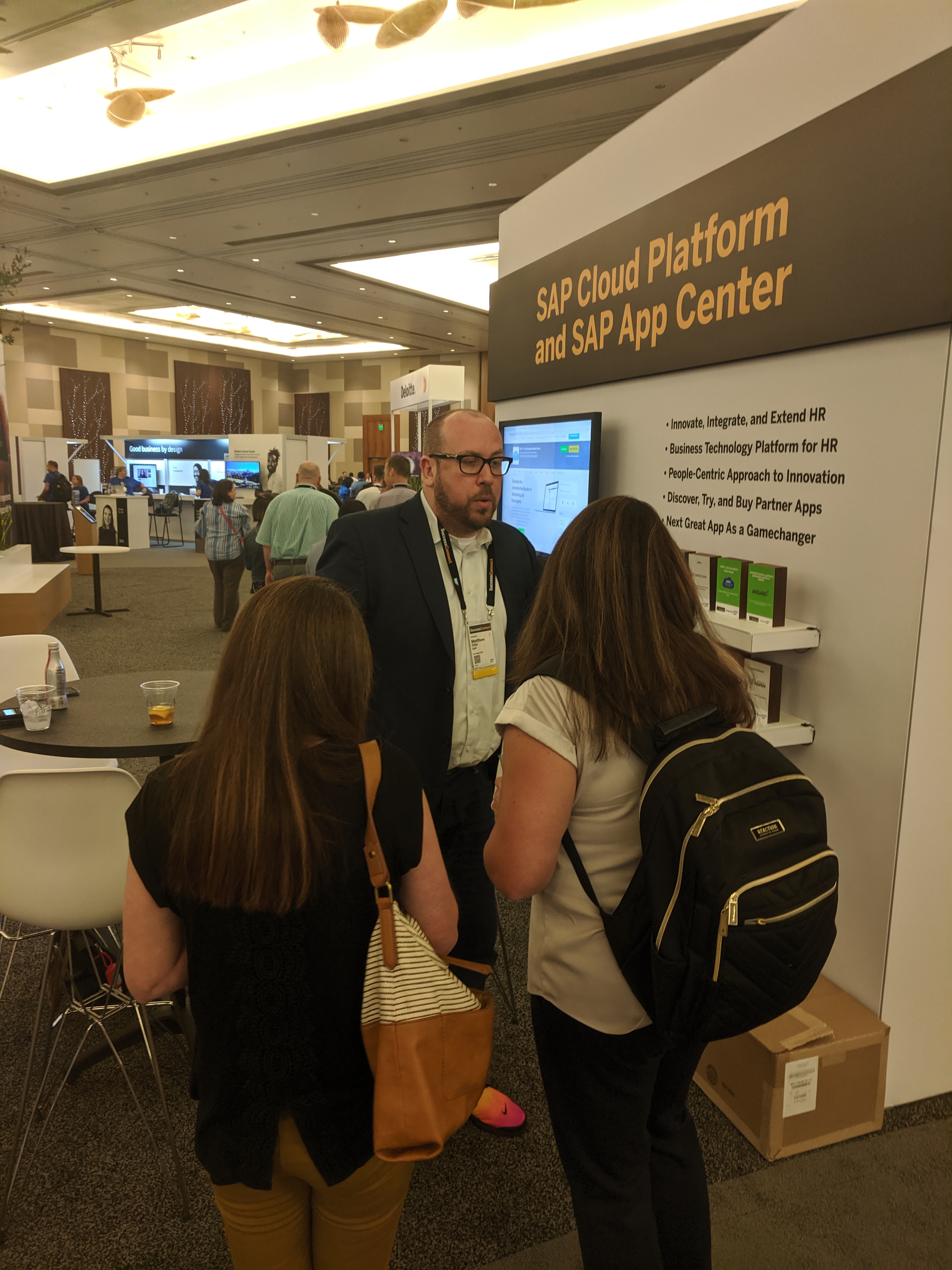 Final keynote was more eXperience Qualtrics puff along with 3 partner add on solutions, and a strange plug for SAP.io which I’m pretty sure the audience didn’t care about. Much disappointment that non of the partners on the stage with SuccessFactors add ons were using SAP Cloud Platform – a real lost opportunity to showcase the power and benefit of having extensions that look like they are just additional modules of SuccessFactors, a functionality that SuccessFactors has that is unique – I’m afraid integration to ServiceNow isn’t really that unique…

Last day and the team:

went to the golf driving range, where I discovered I’m not terrible at this golf lark, but not good at it either. Was fun!

Anyway – flight about to be called.

Was great to be at SuccessConnect, think it would be good for the SuccessFactors exec team to perhaps take a moment to listen to the SAP Mentor feedback – perhaps we can arrange something for next year?