I was recently at a conference where there was a big cheer from the audience when the vendor announced that they were moving away from a model of updating all the customer’s development/test and production systems 4 times a year, to a model of still doing quarterly updates, but updating the dev/test environment one month earlier. The crowd cheered. Wow! (The conference was SuccessConnect, the product SuccessFactors and the vendor SAP, but that is irrelevant for this particular post).

And @dmitrikrakovsky presents the 1 month time between test and production for new releases. Applause. #sconnect pic.twitter.com/NhYwsWgCz0

So why on earth would people want to get their software updated later? And why would such a change cause them to cheer? It’s quite simple really! Risk reduction. 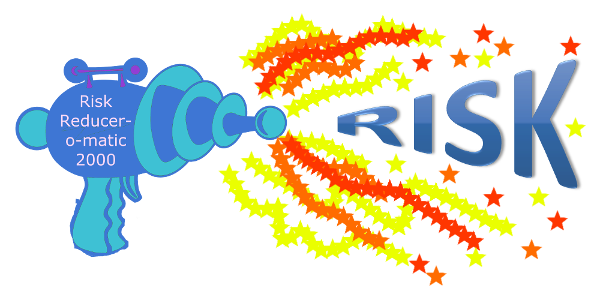 To quote Donald Rumsfeld “there are known knowns; there are things we know we know. We also know there are known unknowns; that is to say we know there are some things we do not know”. Whilst it’s blinking difficult to deal with the third category of “unknown, unknowns”, it’s much easier to deal with the known unknowns. In our case of software upgrades, we know that there are likely to be changes, but we aren’t sure exactly what. So having a early release in a system that isn’t critical for the running of our business, means we have the possibility to make those known unknowns into known knowns and deal with them. (hmm perhaps I shouldn’t have quoted Donald, this is getting a bit confusing! – but hopefully you get the point!)

Basically what was being offered was a risk mitigation strategy, and the enterprise just LOOOOOOVES that.

Back to Mobile apps

Say there is this great app out there that allows you to track the driving speed and location of all your delivery truck drivers. It’s great because the same functionality just a few years ago cost thousands of dollars per truck and had to be downloaded manually each night. Now, you have it instantly and at a subscription cost of $20 per user per year, with awesome real-time reporting and everything! Great! But the reason it is so cheap is the developer is selling this software in a SaaS model. They have a multi-tenant architecture and when they make an update they update all customers at once. Now what happens if they push out an “improvement” in the user interface of the solution? Well 90% of your users will probably adjust, but 10% (or more) are suddenly going to be referring back to that print-out of the training material that you sent them getting very confused, phoning the help desk and generally finding an excuse for not doing work. Bad!

But had you known that a change was coming, what could you have done? Well, you could have updated the training material, sent comms explaining the wonderful new feature, etc.

So how could you have know this change was coming? Well the company that you’re subscribing to could have sent you some details about the change. But what if they thought that the change was so insignificant it didn’t need any comms? And  what if it’s just the particular way that your workforce use the app that means that it might need explaining? Then you are going to need another plan. 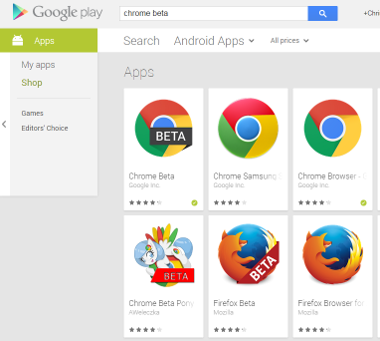 In the Android application marketplace (Google Play) there is allowed the concept of a Beta version of application. Many popular applications (for example Chrome and Firefox) have beta versions of their software that showcase and test out new versions of UI and functionality.

This allows companies to test out new versions of software before their major install base start using it. And because the software is flagged BETA people know that there might be things different. It is a risk reduction strategy for not only the consumers of the software but also the developers. Win-Win!

Apple however in their app store submission guidelines: https://developer.apple.com/app-store/review/guidelines/#functionality

2.9  Apps that are “demo”, “trial”, or “test” versions will be rejected. Beta Apps may only be submitted through TestFlight and must follow the TestFlight guidelines

and from the TestFlight guidelines: https://developer.apple.com/app-store/Testflight/

Once you’re ready, you can invite up to 1,000 users who are not part of your development organization to beta test an app that you intend for public release on the App Store.

So instead of making a publicly available Beta version they are going to restrict to a maximum of 1000 Beta testers. Not so good for that SaaS developer with over 1000 customers is it? And even then – that functionality isn’t even release to the market yet! The whole TestFlight thing was only announced a few days ago!

So back to my title – if you’re a SaaS developer and you want to help your customers by reducing your risk and theirs in the mobile application deployment space, build for Android, not Apple. If you care about enterprise, then be aware that risk mitigation is a big thing. The reality is that as an enterprise developer we need to deliver for both Android and Apple devices, but one of them is clearly more enterprise friendly in one particular respect.

Would be great for Apple to take this on-board and offer a unrestricted “TestFlight” program for enterprise software developers… We can cross our fingers and hope!