Just a quick post here today, and hopefully I flesh out a more detailed post on SCN later: 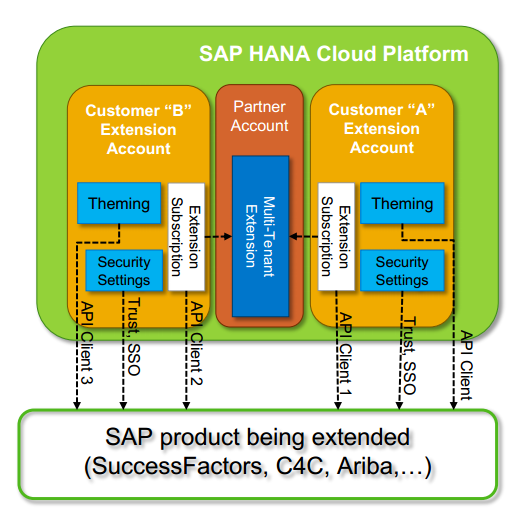 There are probably two ways to make money developing apps on the HANA Cloud Platform:

1) be incredibly good at it, such that you can build truly awesome stuff that customers aren’t going to care about platform costs and still pay you bucket-loads

2) use the OEM model and build very efficient apps that solve a little problem for lots of people. Keep costs low, and sell to lots and lots of people.

I’m aiming for a mix of 1 and 2 to just get into the sweet spot, of course that’s hard work. But this evening I made a step in the right direction by enabling multi-tenant access to one of my apps that auto-magically put the tenant key in all DB accesses in my app – without me having to do any work to specifically write that into the queries.

is called each time a DB query is made (which is already pretty invisible due to “magic” of Spring data and JPA.)

I have to give a huge shout out to  Peter Leibiger from Slovakia who posted up most of the code I reused. Thanks dude!

I’ll get back to you with some more HR type stuff later.